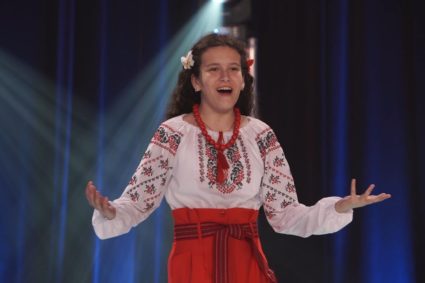 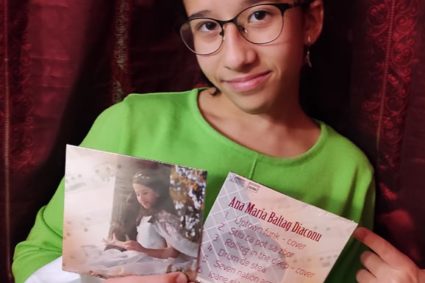 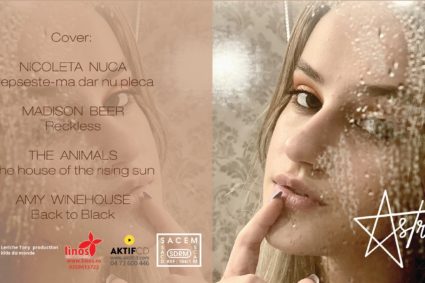 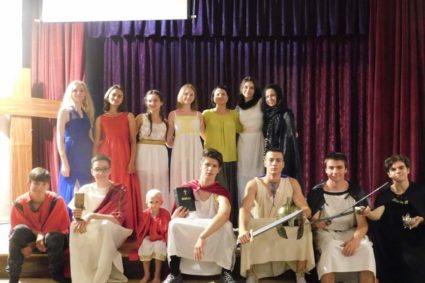 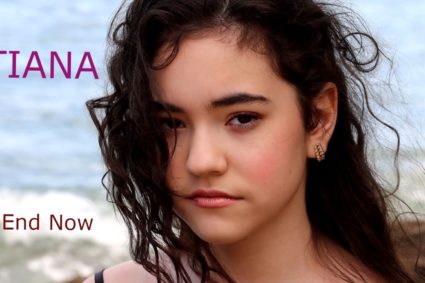 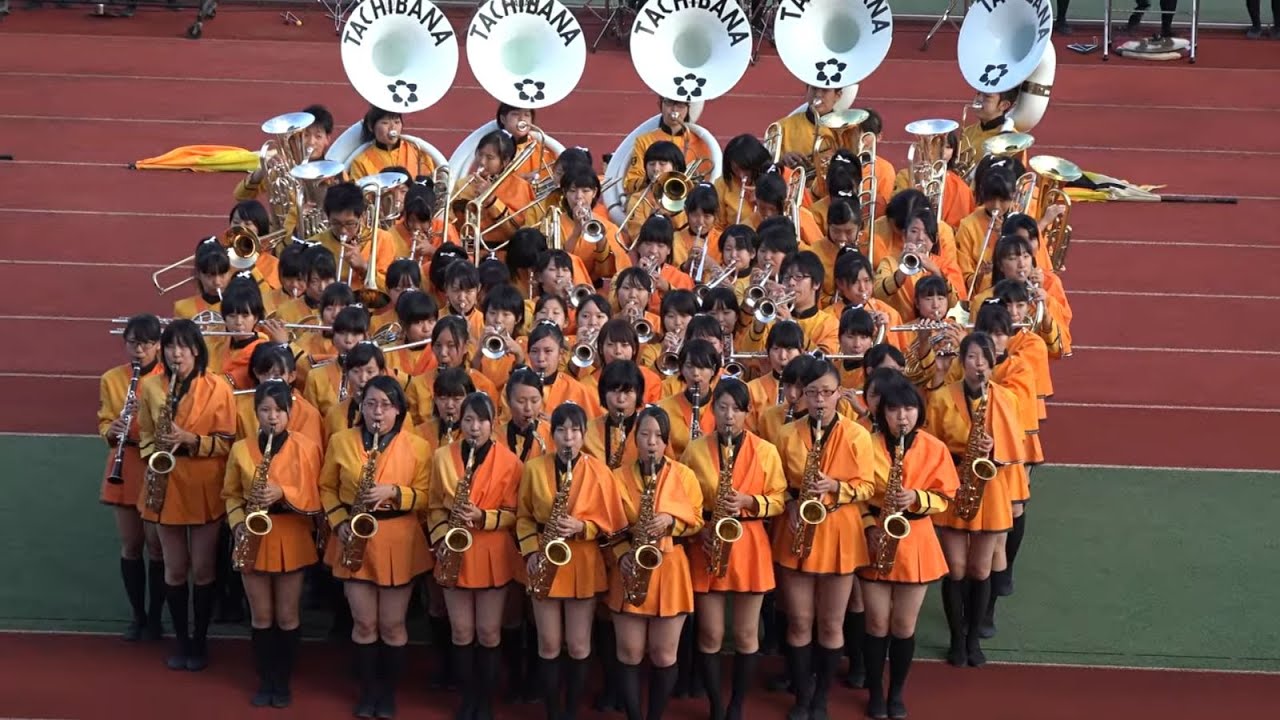 Rock is one of my favorite music genres and I am VERY happy to have today, in this article, the Ukrainian Rock Band “Ще” (shche). Zagnoi Polina (13 years), Statsiuk Diana (13 years), Sharov Ivan (17 years), Yavorska Marusia (14 years) and Achkasov Maxym (13 years) are the talented members of this band. All of them are Rock School students. They met at the Rock School and started playing together, in a band, in June 2021. They are preparing to participate in the schoolbandbattle.com competition, so keep your fingers crossed for them!

The first member I am going to presen is Yavorska Marusia, the bass player. You are going to be very surprised, just like I was, when you’ll hear that Marusia is ONLY 14 (born on 14 th of May, 2007). She was Laureate of Ukrainian and international song contests as part of the children’s choir « Pectoral » (Kyiv, Ukraine). She is the soloist of the girl group « Malva » (Kyiv, Ukraine), as a part of which she performed on the stage of the National Philharmonic of Ukraine, the Embassy of the Federal Republic of Germany, on the national TV channel 1 + 1. She took part in charity concerts; commissioned by the fan club of the football team « Liverpool », participated in the recording of the anthem of the fans « You’ll Never Walk Alone » and the creation of a video:

WOW! I am speechless, aren’t you too? This is way much more than what a 14 year old is up to, but this is what real talent and hard work bring: succes!

I bet you were not expecting this, but this is not it all!

For the song contest « Victoria », Marusia took part in the creating process of a cover, in Ukrainian for Leonard Cohen’s song « Hallelujah » and recorded a video:

Marusia is not only a very talented bass player, or a very good singer, she is also a writer and model !!! Now I am twice as speechless as I was before! She repeatedly participated in and won poetry competitions and was a model for the international competition of modern photography (photographer J. Golubchyk). She recorded a video for Scriabin’s song « Moms », in which some of her classmates participated:

Maurisia also starred in a video by Oleg Skrypka (premiere expected in 2021). She participated in the professional production of the musical, by British composer Andrew Lloyd Weber « The School of Rock », she played the role of Kathy, and the premiere will take place in September 2021, at the Kiev Opera. As a member of the rock band « Shche », she participated in the competition of children’s rock bands « School Bands Battle »

WOW! All I can say, in the end, is that Marusia Yavorska (Marija Jaworska) is a very rare talent that needs to be heard and seen! Having all these achievements, at ONLY 14 years old is Incredible, Impressing and it shows the desire and hard work put in to make it come true! Crongratulations, Marusia!

The next member will be presented in the next article, so keep an eye out! 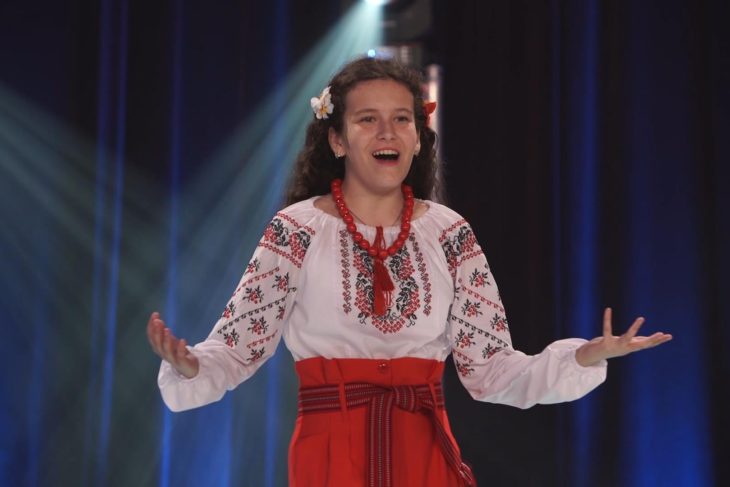 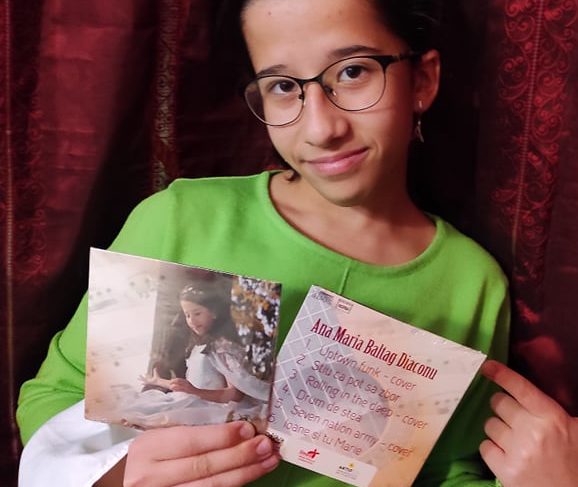 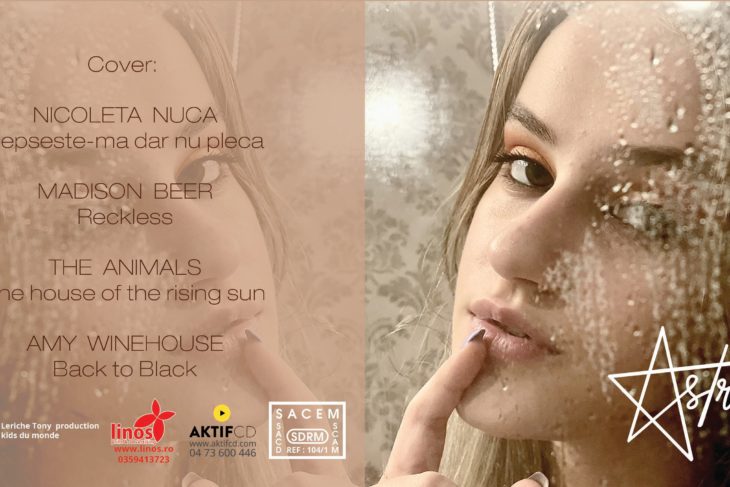 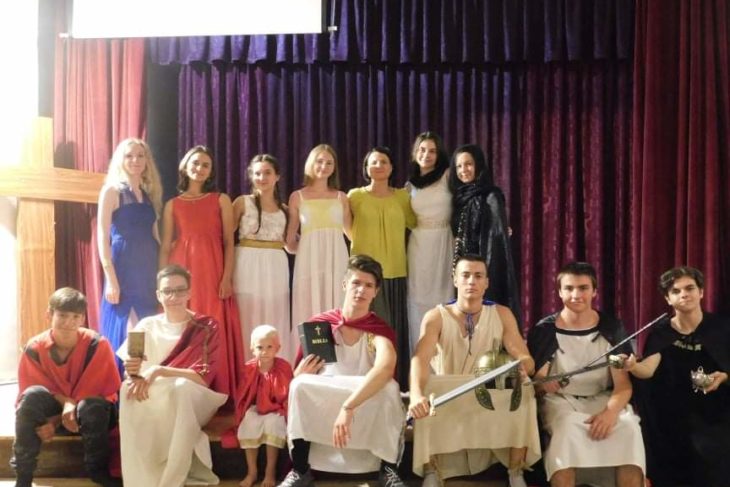 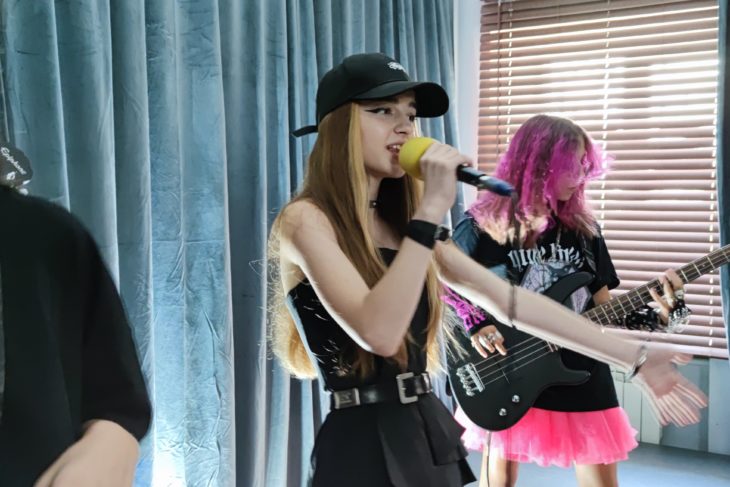 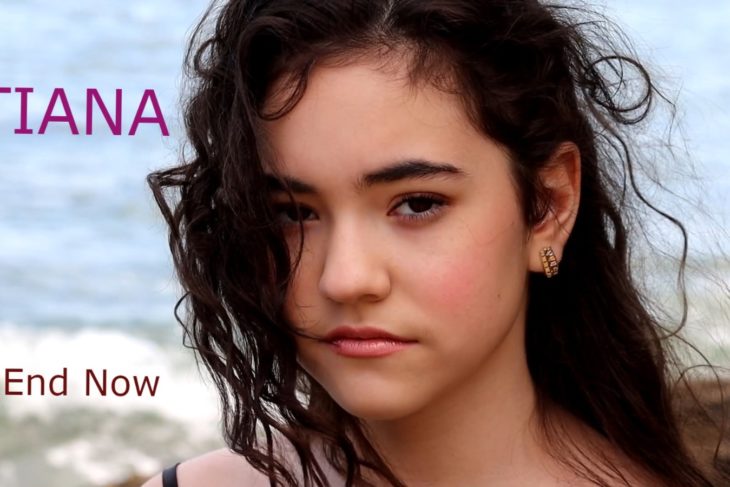 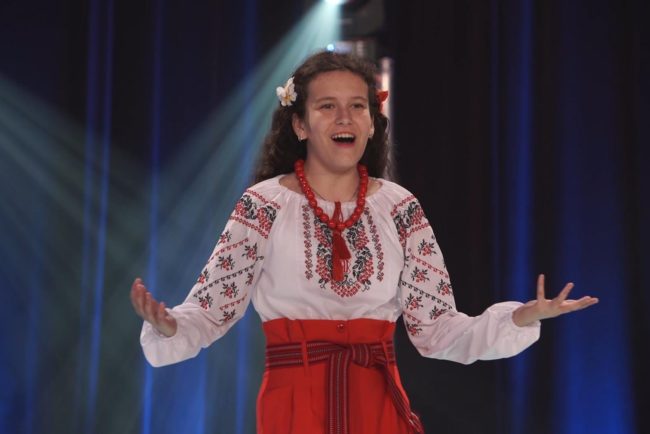 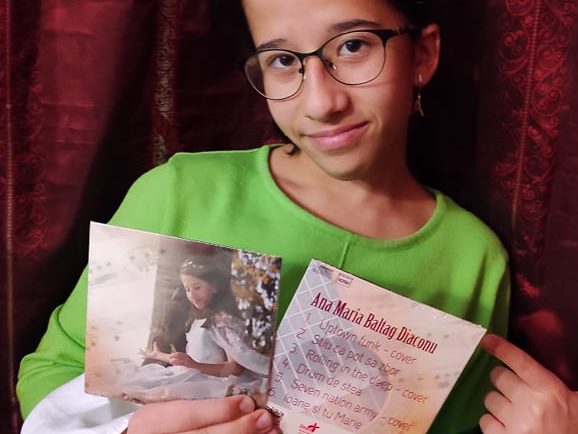 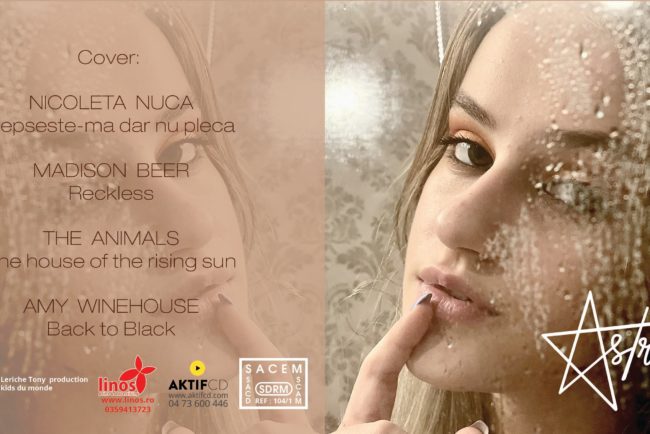 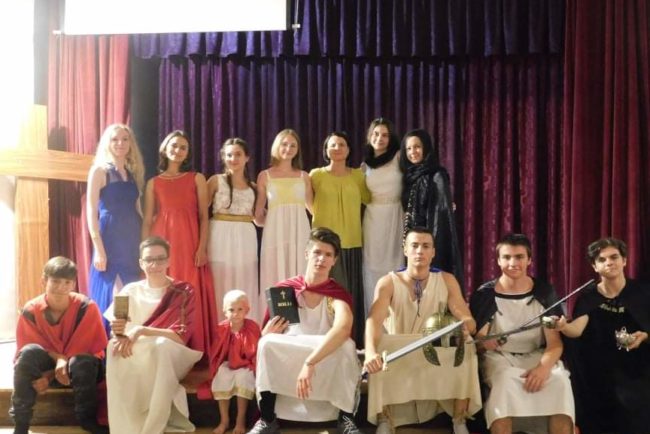 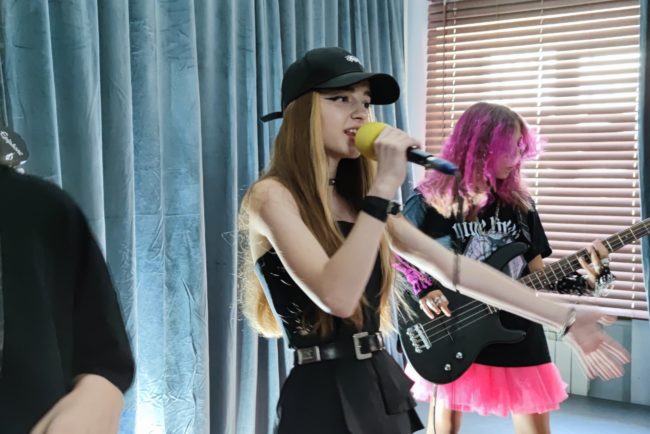 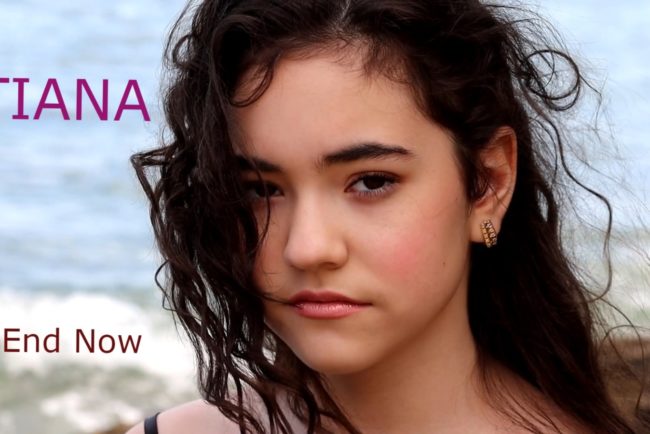